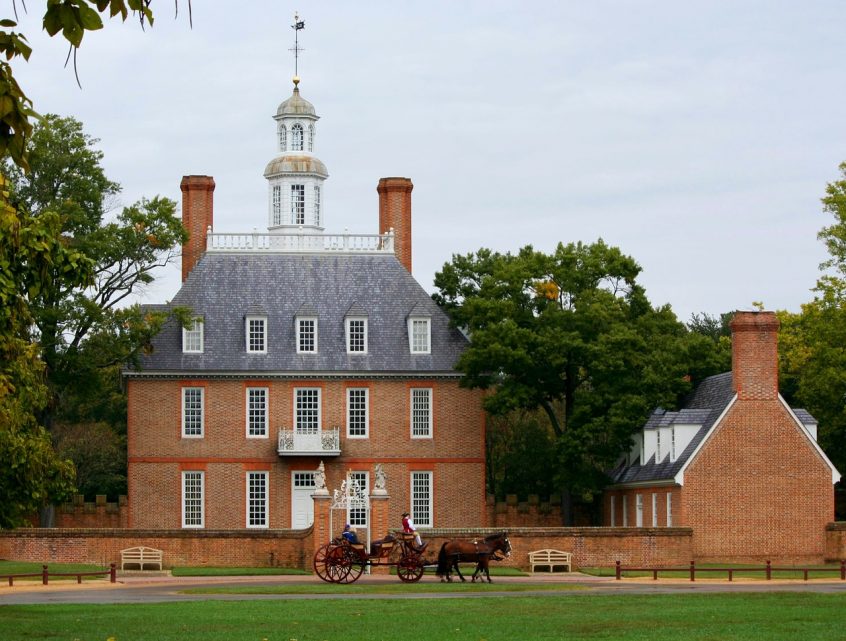 Virginia has played a central role throughout the history of the United States. With reasonable prices, you can live in the middle of it with Virginia real estate. The historical significance of Virginia is simply unmatched in the United States. Presidents George Washington and Thomas Jefferson resided in the state as did many of the founding fathers. In the revolutionary war with England, Virginia was front and center in the battle with Williamsburg and Richmond playing central roles. From the Civil War, the battles at locations such as Fredericksburg and Cold Harbor need no introduction. In these modern days, Virginia is unique in seamlessly mixing modern development and old world charm.

One of the most well known historical areas in Virginia is Williamsburg. Williamsburg is a familiar name for many because it is steeped in colonial history. In the 1920s, Rockefeller sunk millions into the renovation of historic homes, pubs, and properties. Today, Williamsburg is an early American gem, as well as a mecca for retirement.

Williamsburg is situated between Norfolk and Richmond, each approximately 45 minutes away. Both cities have international airports, and larger cultural and sports venues to choose from. Norfolk is home to the largest Naval Base on the East Coast, and Richmond has preserved some of the olde southern charm that once made it capital of the South.

Williamsburg: What To See And Do

The greater Williamsburg area includes James City and York Counties, and these areas are also steeped in early American history. Many retirees prefer this part of Southeastern Virginia because it has a temperate climate and an excellent mid point location on the Eastern seaboard. The temperature in winter months rarely dips below 40 or 30 degrees, and snow is a rarity. For six to eight months out of the year, temperatures range from 55-90 degrees.

Bird lovers will find Williamsburg an excellent place for birding, because it’s a flyover zone for many species of migrating birds heading south for the winter. From November through March, there are an abundance of flocks of feathered visitors to the area. Additionally, this area of Virginia represents the northernmost tip of a sub-tropical zone, so the variety of plants, flowers, shrubs, and trees are vast. Outdoor gardening can be done 9-10 months out of the year. Near coastal or tidal areas a good deal of the soil is mixed with sand, which makes for fertile gardening.

Overall, the Tidewater area and Williamsburg is a premiere tourist destination in Virginia. You’ll find your home filled with long lost acquaintances, family members, and friends with plenty of activities to choose from to keep everyone interested and happy. History buffs will also have plenty to explore in this culturally rich area. Start planning your trip to Williamsburg today.

To learn more, be sure to visit Colonial Williamsburg.